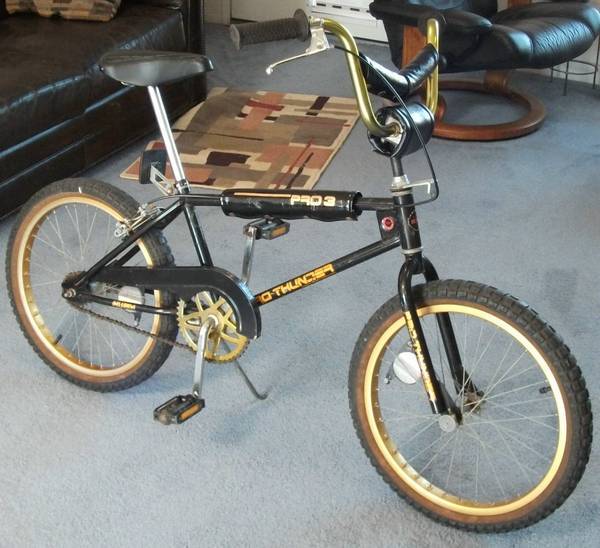 I didn’t have a dad growing up. Mom raised me, for the most part. I did have an uncle who was like my father. His name is Greg Hague. Uncle Greg taught me something special about me.

It was 1981, another bleak, freezing Cincinnati winter.

My name is Jason. I was five at the time. The memory is vivid, even today. Standing in the Cincinnati Kmart. Longingly gazing at the most beautiful thing I had ever seen, a jet black Huffy “Panther” BMX bicycle.

But then came the fear — no training wheels.

Not for me! But the thought of furiously screaming around corners consumed me. A Panther for Christmas! It would be mine.

As the big day approached, fear overwhelmed. I regretted my passionate plea to Santa just a month before. I needed an escape! Quick, write Santa. Change my order to Legos this year. Yep, Legos. Safe play.

Uncle Greg flew back from Phoenix for Christmas that year. I think Mom ratted me out.

“So, Jason, I hear you want Legos instead of the Panther?”

I couldn’t show fear, not with Uncle Greg. “Oh, I already have a bike, Uncle Greg. But I really need more Legos.” Quick thinking, I thought.

Greg raised an eyebrow, smiled, and said, “Well, I hope Santa comes through.” Threw him off. Good job, I told myself.

Christmas morning. The truth? I hated myself. Coward was me. Gatsby would be zipping around. I’d still be “in training,” creeping along.

Breakfast casserole. Baileys & coffee this one day of the year. Time for presents. Yep, there they were. Legos, wrapped in a box. Disappointed with myself, I trudged up the stairs. Soon, Gatsby would call, wanting to ride. My head in my pillow, I started to cry.

“Jason, come down here,” Uncle Greg yelled from below. “I need help in the barn.”

I slowly walked down the stairs, and there, in front of the fire, angled just so, leaning on its stand, black paint glistening — The Panther.

Dumbfounded, I looked around. Big, beaming smiles everywhere, and then I broke down.

All faces went straight. I raced up the stairs. My pillow was warm and wet from before. I sobbed so hard my ribs ached.

“Jason, it’s time to tell you a family secret.”

I was intrigued. I turned and peeked up at Greg.

“We have something called special skin. Did you know?” I shook my head, “No.”

“Our family has a special type of skin. When we’re injured, it only hurts half as bad. And, it heals twice as fast.”

Could this be? A family secret? Why hadn’t someone told me? “Jason, you will probably fall. When you do, remember, you have special skin. It won’t hurt that bad.”

Soon, Uncle Greg was watching me do figure eights on that Panther. Did I fall? Yes.

But it only hurt half as bad.

We aren’t born brave. Courage is learned. Fear is a liar. Worry is waste.

All kids have special skin. So do I. So do you.

Contributed by my nephew, Jason Fields.

About the contributor
Jason Fields is a manager for Apollo Education Services. He lives in Scottsdale, Arizona, and has proudly graduated from that Huffy Panther to a Subaru STI.

Love Is An Act