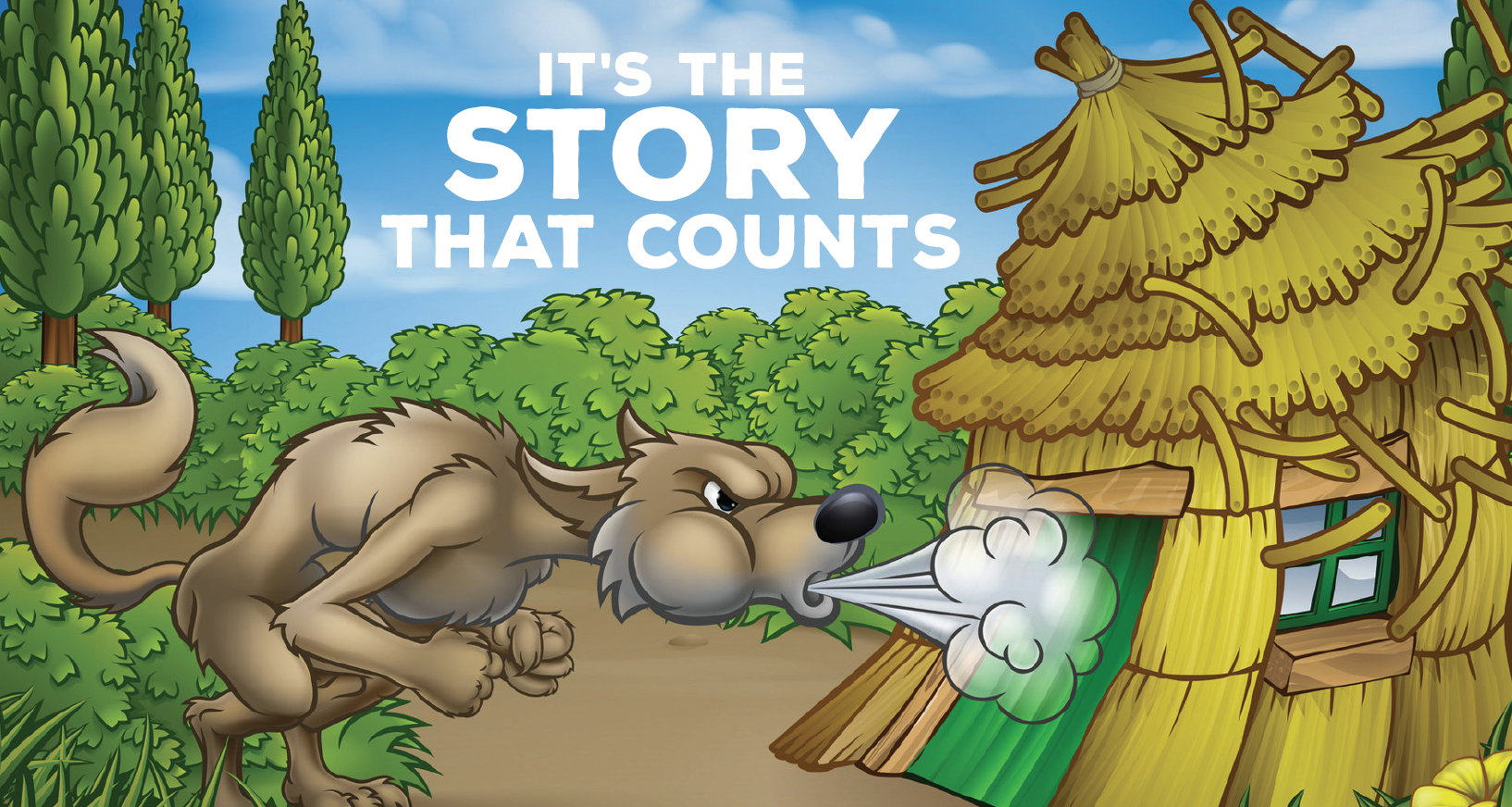 “A story should have a beginning, a middle, and an end, but not necessarily in that order.” -Jean-Luc Godard

My three-year-old daughter was learning to roast a marshmallow. Her first two attempts ended in flames. Both times I took the scorched marshmallow off the stick and threw it into the fire. The third time I helped her. Together, we made a perfectly toasted golden brown one. Once it had cooled, I handed her the marshmallow, which she promptly threw into the fire. No one had told her she was supposed to eat it!

Reader’s Digest showcased it as among the best “True 100-Word Stories” submitted by its readers. It clocks in at only 74 words.

Do you know what makes it an award winning story?

Christopher Booker would say, “Because it follows the ‘Rule of Three’ and it incorporates one of the seven plot themes used most often in storytelling…comedy.”

Booker wrote the book on the subject (literally). In 2004 he released his seminal work, The Seven Basic Plots: Why We Tell Stories.

It took him 34 years to write. The book was widely praised.

In his 700-page tome (fancy word for large book), he explains the seven main archetypes of storytelling, which are:

Overcoming the Monster – You set out to defeat the evil force that threatens you, your family, or your home. Ever see Braveheart? Or Star Wars?

Rags to Riches – You have humble beginnings, but at some point you acquire wealth and power. Then you lose it all, only to get it back again (in some form)…but this time you have grown through the experience. Wolf of Wall Street, Blow, Aladdin, and Rocky movies fall into this category.

The Quest – You must acquire an important object or journey to a distant destination. You face many obstacles and distractions along the way. Lord of the Rings and Goonies are two good examples.

Voyage and Return – You travel to a strange land and are forced to adapt to the new environment. You learn valuable lessons unique to that location, and return to your homeland with more wisdom and a broader perspective. The Last Samurai, Alice’s Adventures in Wonderland, Goldilocks and the Three Bears, Back to the Future, and Coming to America all follow this theme.

Comedy – You’re a humorous character in a story with a quirky but meaningful ending. But Booker says, “Comedy is more than just humor.” It should establish a pattern in which a central “conflict” seems increasingly confusing, but ends with a single clarifying event. Many “Rom-Com” movies follow this theme: When Harry Met Sally, Clueless, Pretty In Pink, Something About Mary.

Tragedy – You play the hero, but with a major character flaw. Or you make a big mistake which ultimately leads to your undoing. Your story evokes pity over the fall of a fundamentally good character. Citizen Kane, Romeo and Juliet, Dead Poets Society, A Star Is Born, and Titanic.

Rebirth – A circumstance or event forces you to change your ways and become a better individual. Beauty and the Beast, Groundhog Day, and How the Grinch Stole Christmas!

Storytelling is an art; a form of self expression. There are no rules you have to follow, but there are formulas most professional storytellers follow because they are proven to make stories more engaging and memorable.

The next time you write a story consider using one of those seven themes. Think of them as  frameworks to help you craft your story to better captivate people mentally and emotionally.

After all, “It is not the voice that commands the story; it is the ear.” -Italo Calvino

Aside from which of the seven frameworks you use, Booker tells us that there is one “rule” that can (and should) be applied to all of them, an element you see in many of the best stories.

The Rule of Three

Booker says, “Again and again, things appear in threes. There is rising tension, and the third event becomes the final trigger for something important to happen.”

We subconsciously learn this pattern from an early age through popular children’s stories.

Remember Goldilocks and the Three Bears?

The third bowl of porridge, the third chair, and the third bed were all “just right” for her.

The Big Bad Wolf blows down two houses, one made of straw and one made of sticks, but can’t blow down the third house made of bricks, which keeps the pigs safe.

Remember the intro story? That third marshmallow was “perfectly toasted golden brown.” The contributor used the Rule of Three and probably didn’t even know it.

So the next time you meet a friend for lunch and it’s your turn to tell a story, remember three things:

The Seven Basic Plots, the Rule of Three, and…

THERE IS NO SUBSTITUTE