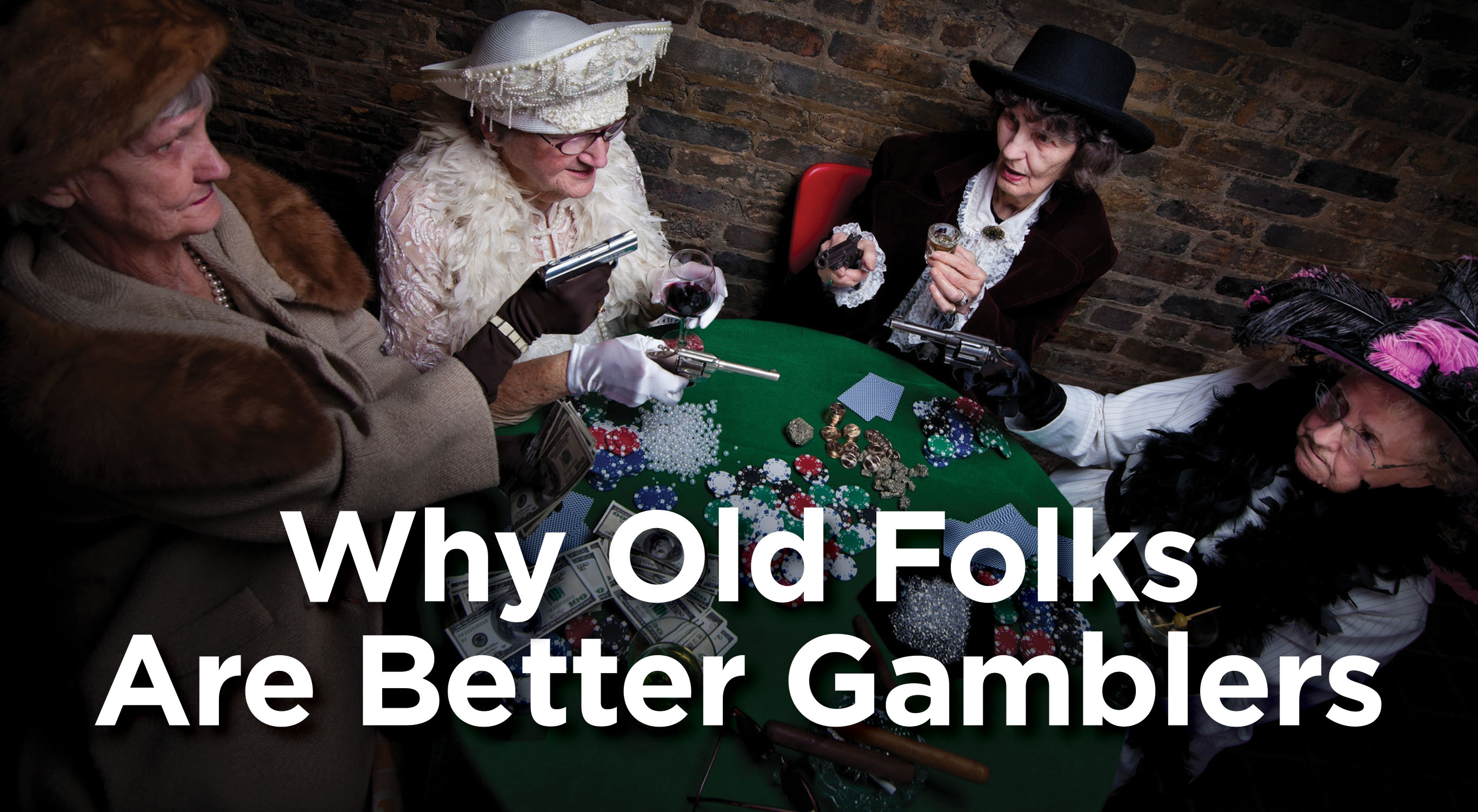 Studies show that as we get older we tend to take fewer risks. One reason is because we are more thoughtful. We scrutinize risks more thoroughly. We’ve learned from our mistakes.

We all tend to take  fewer (and less risky) risks in five situations: (1) after we get married, (2) after we have children, (3) after we become financially secure, (4) after we have grandchildren, (5) when we get older (even if 1-4 above don’t exist).

It’s logical that we would take fewer (and less risky) risks  in scenarios 1-4. And it makes sense that we take fewer risks in scenario 5 because we’ve learned from our mistakes. But as we get older there is another factor that influences our propensity to take risks. It’s a chemical.

As we age, dopamine levels in our brain diminish. Dopamine is a risk tolerance enhancer, so you would think that older people would not only take fewer risks because they are smarter, but also take less risky risks. But that’s not always true.

In a recent study, 25,000 residents of Great Britain downloaded a free, highly promoted smartphone app. The app allowed them to play games and gamble for points. Winners were those who scored the highest point totals after thirty games.

In one set of games, players started with 500 points. They could either take high risk gambles with big upsides, or more conservative gambles with lower upsides. You couldn’t lose points. You could only gain points. It was all about potential gain. There was no downside.

In another set of games, players started with the same 500 points. But their risk related to potential loss, not gain. You couldn’t win points. You could only lose points. There was no upside, only a downside.

The results surprised researchers. While older folks were less likely to take high risk gambles for a big upside, they had the same downside risk tolerance as younger people. In other words, with points to lose, older people were as daring as younger people.

So why are old folks better gamblers? We’ve learned from our mistakes so we are more selective in the risks we take. And since we have as much downside risk tolerance as younger people, we can’t be bluffed by conceited kids with chips on their shoulder.

“No wife can endure a gambling husband; unless he is a steady winner.”