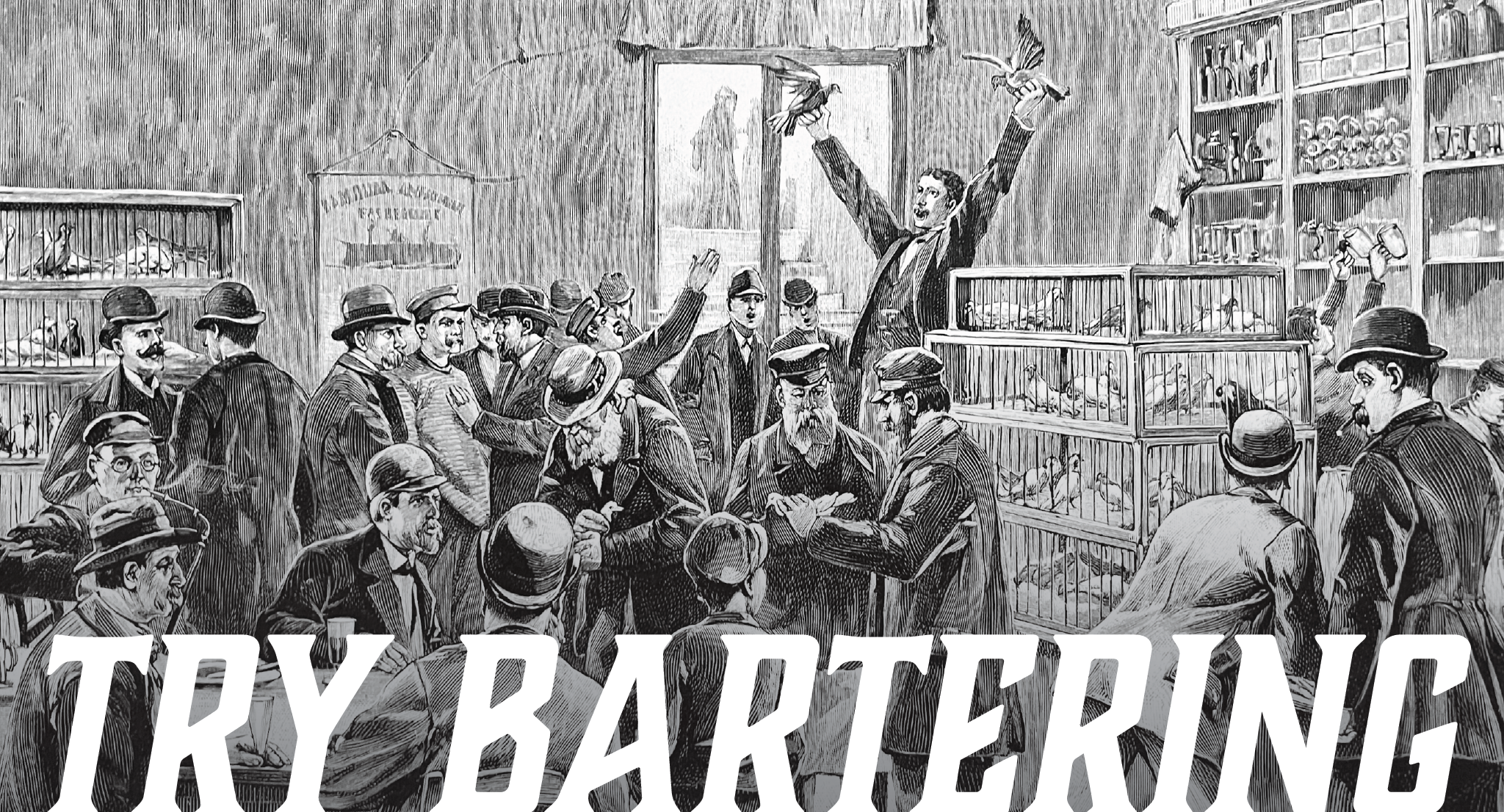 Kyle McDonald wanted a house, but he had little savings and no job. He remembered a game from his childhood called Bigger and Better.

The goal of the game is to begin with something small and try to trade for something bigger and better. Then repeat.

So Kyle wondered if he could start small and trade up to a house.

Sitting at his desk, staring at the sea of job applications, resumes, and unpaid bills, something caught his eye…a bright red paperclip.

It stood out as if it was calling to him.

Kyle thought, “Why not try?” So he posted an offer on Craigslist to trade the paperclip. To his astonishment, two Vancouver ladies replied, offering Kyle a fish-shaped pen for his paperclip.

He made the trade, then posted the pen and swapped it for a funky doorknob. He traded the door knob for a camping stove, the camping stove for a generator, and the generator for an “instant party” consisting of a keg of beer and a neon sign, which he then traded for a snowmobile.

Kyle’s quest eventually snagged him an interview on the Canadian news, in which he boldly announced that he would travel anywhere for the right trade. “Except Yahk, British Columbia, population 200.” he said jokingly.

The next morning his phone rang. The caller said, “Hi Kyle, my name’s Jeff. I’ll give you two all-expense paid trips to (you guessed it) Yahk, B.C. for that snowmobile.” Kyle packed his bags.

While in Yahk, Kyle traded the extra trip for a small truck. Then he exchanged the small truck for a recording contract with a Canadian band, which he parlayed to a singer for a year’s free rent in her Phoenix duplex.

While in Phoenix, Kyle met a woman named Leslie who offered him an afternoon with her boss for that year of free rent. This may not sound like a good trade, but Leslie’s boss was none other than Phoenix resident and rock legend, Alice Cooper.

But instead of meeting with Cooper, Kyle traded this privilege to a concert photographer for a rare KISS snow globe.

Remember the actor, Corbin Bernsen, from the TV show L.A. Law?  It so happens that he has the largest collection of snow globes in the world. When Bernsen discovered Kyle was trying to trade the rare globe, he offered him a paid speaking role in the upcoming film, Donna On Demand. Kyle took the deal.

You’ve likely not heard of Kipling, Saskatchewan. Turns out this town owned a vacant home and one of the council members noticed Kyle was trying to trade the speaking role. At a council meeting he suggested that an American Idol type audition might bring publicity and tourists to the town.

Everyone agreed, so the town offered Kyle the home if they could host the speaking role audition. Kyle said yes.

Kyle’s dream of trading a paperclip for a house had come true. It took 14 trades and a lot of creativity, but he essentially got a home for free.

It’s a great story, but what’s the point?

Sometimes we forget that money is not the only way to acquire what we want.

While some form of currency has been part of human history for the last 3,000 years, before that time, historians agree that a bartering system was used.

We all value things differently, so what is worthless to one person may be valuable to another. For instance, how much is a rare KISS snow globe worth to you? Probably not as much as it’s worth to Corbin Bernsen.

Do you remember Mastercard’s famous slogan that the company launched in 1997? “There are some things money can’t buy. For everything else, there’s Mastercard.”

I came up with a modified slogan… “There are some things money can’t buy. For everything else, there’s bartering.”

No Is the Master Skill

As Good As Its Promise