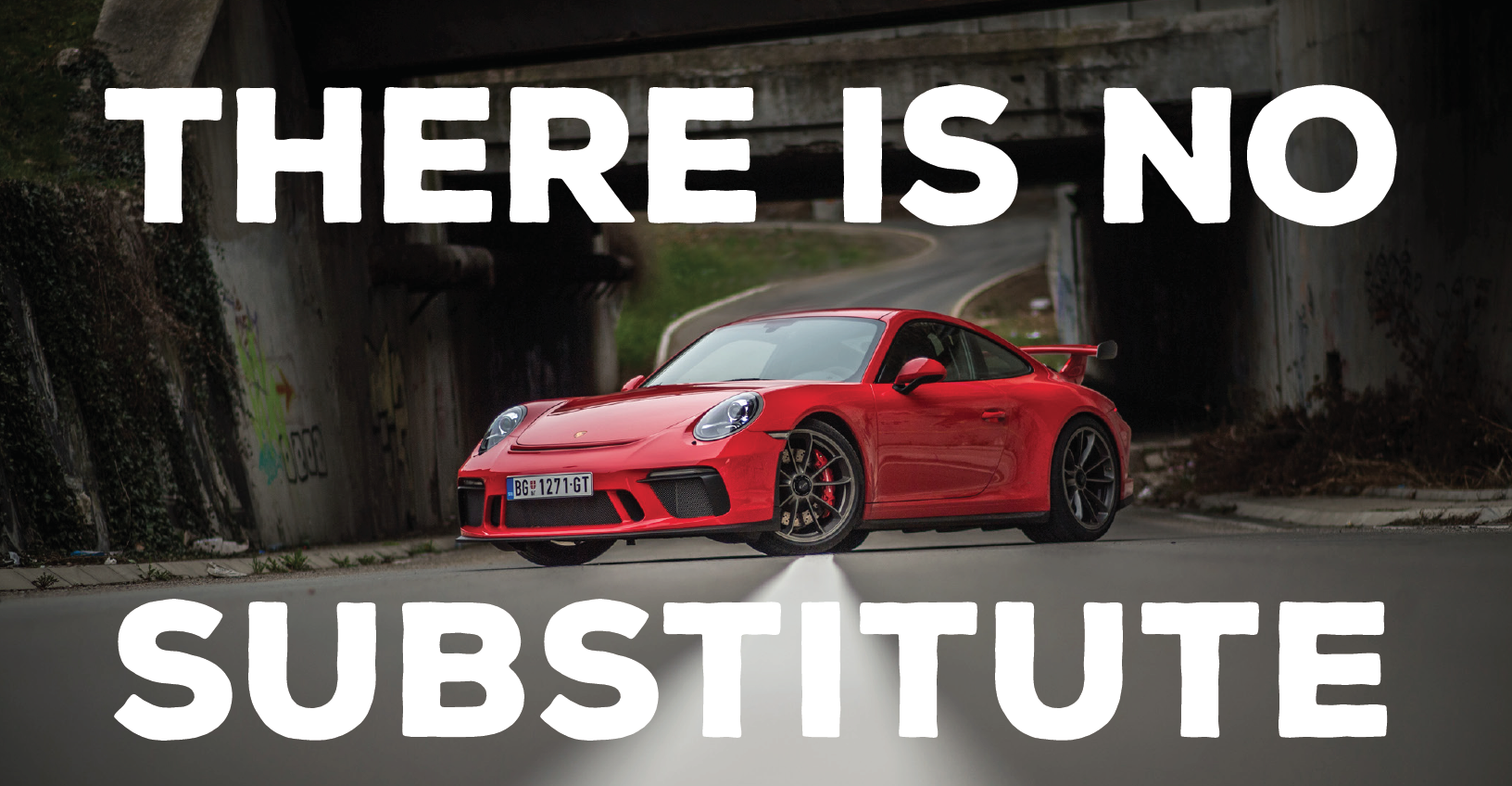 As he snuck me into the back, I felt like a kid on Christmas morning.

“Now remember Greg,” he said, “You know I can’t sell you this one. It’s for the showroom floor.”

For months I’d only seen photos in magazines. Now I could savor the real thing.

As he pulled the cover off, I felt privileged – like Leonardo da Vinci had chosen me as first to behold the Mona Lisa.

It wasn’t just a car…it was a work of art. An adrenaline machine of paralyzing beauty. A masterpiece of speed and agility.

As I circled the new limited edition Porsche 911S Turbo, I pictured myself blazing backroads, taking corners like I was in a go-cart on rails.

Part man, part machine, all exhilaration. We would eventually fuse into one.

Without thinking, I reached for the door handle.

“Greg,” he said. “The dealership asked that we don’t allow the public to sit in this one… it’s for display.”

But he saw the look in my eyes.

After a brief pause, with a warm smile, he said, “Take your shoes off. You’re not the public. I’ll leave you alone for a few minutes to get the feel.”

I nodded in acknowledgment. Gary walked slowly to the other side of the service garage.

When he came back, maybe ten minutes later, I was still in the driver’s seat, fantasizing my 911 escape.

His faint words “Ok my friend?,” were barely audible through the almost soundproof exterior.

As I put my shoes back on, Gary was a step ahead (as usual).

Before I could say a word, he said, “Greg, you know I can’t sell it tonight. It’s one of 15, a special edition, the only one we’ll get from Porsche. Having it in the showroom is what brings customers in so we can sell them other models. Two weeks in the showroom, then I can write it up for you.”

Now here’s the intriguing part, one of the things I loved most about Gary – I knew I was going to drive the car home that night…and Gary knew it too.

Our banter was a game we both loved to play; a “delicate dance” to a sale, the “foreplay” of dealmaking, almost as much fun as taking the car home (almost).

We enjoyed every second of it.

He managed the Scottsdale Porsche store from its inception on McDowell Road.

Tragically, it all came to an end after Gary’s sudden and untimely death from a car accident while driving home from work in 2006.

The magic of Gary Hopkins was he was a salesman, and he wasn’t. He didn’t sell in the traditional way. He made you want to buy, enjoy the process, and gave you a greater appreciation for the Porsche you bought. He was a supremely sophisticated “transaction coordinator” of sorts.

I bought many Porsches from him over the years, and eventually understood that I was both buying a car and the experience of dealing with Gary.

He practiced the four cornerstones in the art of selling…

MMFI – The acronym stands for Make Me Feel Important. Mary Kay coined the phrase. Every person in the world has an invisible MMFI sign around their neck. We all want to feel special, important. Gary was a master of MMFI.

Scarcity – “I can’t sell you this one because it’s for the showroom floor” and “It’s one of only 15, a car we need to attract customers…” was a masterful exercise in creating scarcity. Tranquil but tactical. You wanted to buy now, before you lost the opportunity.

Urgency – On a foundation of scarcity it’s easy to create urgency. The harder it seemed to get, the more I wanted to take it off the lot that night. Gary created urgency like Paganini played the violin. It was no secret. You knew it. You loved it.

Passive Pressure – Gary would never pressure, push, or prod. He would only speak, smile, and nod. The only pressure was the pressure I put on myself to have the car. I was selling to him! He had that effect on you. Not many do.

Gary didn’t just understand these concepts, he embodied them.

I still drive a Porsche, and my rep, Kevin Campbell, is fantastic. He knew Gary. He was trained by Gary. Over the years, he observed people paying a premium to dance that delicate dance with Gary Hopkins.

Porsche’s slogan is “There Is No Substitute.” The same can be said of Gary.