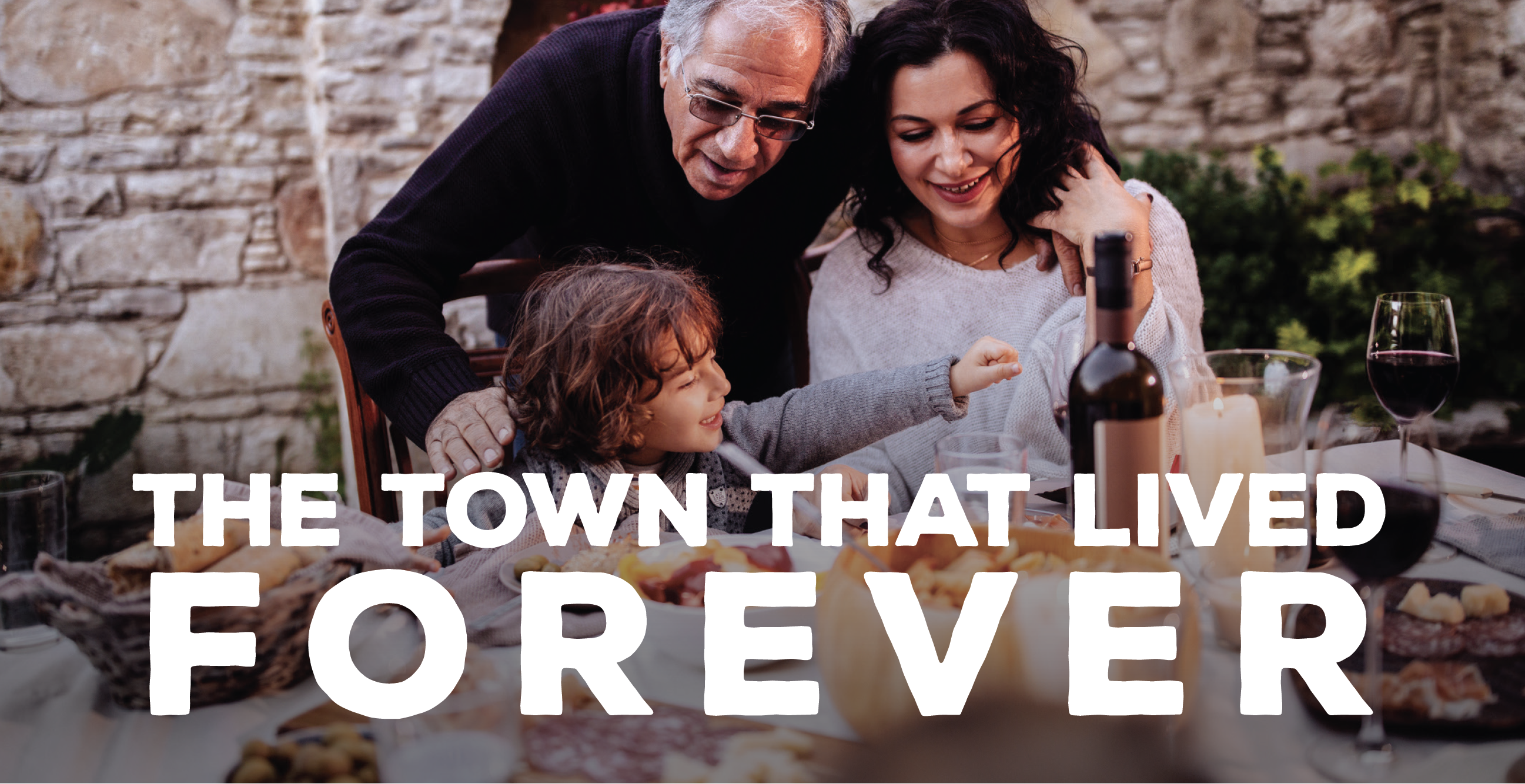 Did you ever wonder if there really is a fountain of youth?

We all know that if we eat better, exercise more, and eliminate stress, our probability of living longer and feeling better increases.

But does where we live affect how long we live? Nobody thought so until Malcolm Gladwell, in his insightful book, Outliers, revealed a previously unknown secret to extended living. This was inspired by the residents of Roseto, PA.

In the book, Gladwell describes how the ancestors of Roseto, PA residents came from a small town southeast of Rome, called Roseto Valfortore, Italy. They were hard workers, living on the verge of poverty.

Many woke up at the crack of dawn and had to walk 5 miles down a steep mountain to marble quarries below, beginning a long day of intensive labor. Exhausted, they then had to hike back up the mountain in the evening, usually long after dark.

In January 1882, 11 of them set sail to New York. When they landed, they migrated 90 miles to a town called Bangor, Pennsylvania. There they found jobs in a slate quarry similar to the marble quarries they were familiar with in their hometown.

When word got back that there were jobs available in America, a group of 1200 Rosetans immigrated to America with new hope for their future. Determined to stay together, they formed their own community in rural Pennsylvania, initially calling it “New Italy.” They later renamed it Roseto, in honor of their hometown in Italy.

Now here’s the fascinating part. The residents of Roseto, PA rarely got sick and had longer average life spans than the residents of any community in America. What was the secret?

Heart disease was the most common cause of death back then. We didn’t have medications like cholesterol lowering drugs and pacemakers. Yet Dr. Stewart Wolf, who practiced in the community for 17 years, said he never, not one time, saw one case of heart disease.

In fact, Roseto, PA residents not only avoided heart disease, there was no suicide, no alcoholism, no drug addiction and no crime. The majority of people died of old age, living to over 100 years old!

Dr. Wolf first suspected that their longevity came from good nutrition. He assumed that town residents probably consumed a low fat Mediterranean diet, rich in vitamins/minerals. Was he surprised! Most Rosetans cooked with lard instead of olive oil, and ate “unhealthy” thick crust pizza as opposed to the lighter cheese, Italian thin crust pizza.

They also consumed high fat meat like sausage and ham. Wolf discovered that 41% of their calories came from fat, they did little exercise, and they smoked heavily. Many from the town were actually obese.

When it was clear that their longevity was not a result of their diet, Wolf thought maybe it was genetics. But after studying their ancestors he concluded that genetics was not the reason either.

Finally, Dr Wolf wondered if their astounding longevity could be a function of culture. So he studied how the residents of Roseto, PA lived and how they related to each other.

Here’s what he learned:

Dr. Wolf and a team of sociologists concluded that it was the Roseto way of life that kept everyone alive so long. Their social structure created an enriching, calming, and healthy environment both mentally and physically.

How often do we see the people in our neighborhoods walking around, visiting neighbors, helping each other, and having dinner together? There are no privacy walls or gated communities in Roseto.

I value my privacy and don’t think I’d like just anyone in my neighborhood stopping by on a whim, unannounced. But I might be wrong. I’ve never lived that way.

One thing I do know… I wouldn’t mind living to 100, avoiding disease, and feeling great along the way.

“There is no power for change greater than a community discovering what it cares about.”
– Outliers, Malcolm Gladwell

On The Air: Life Lessons From Chubby