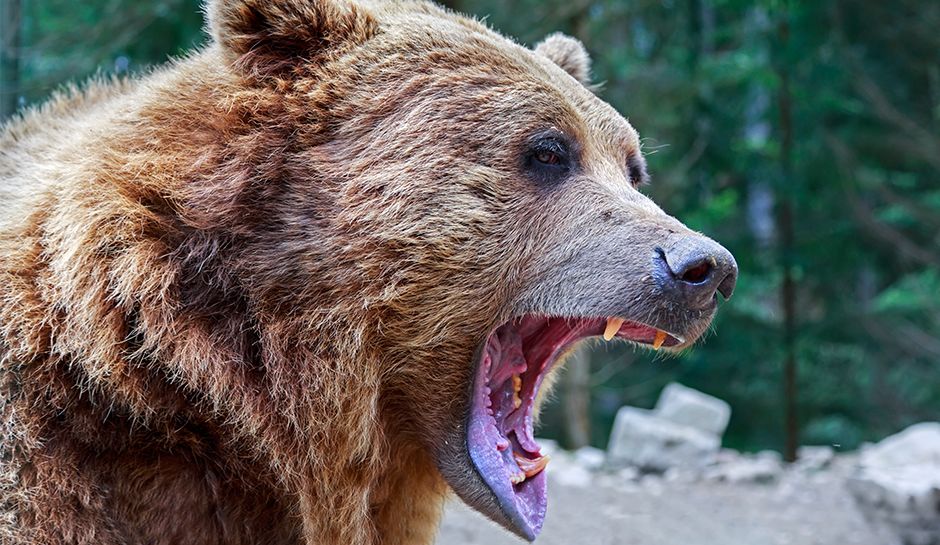 Fear is your mind fast-forwarding to an event you see turning badly… it’s not really real. The key to defeating fear is reprogramming your mind to see things going spectacularly.

In one of my favorite movies, The Edge, billionaire Charles Morse (Anthony Hopkins) and fashion photographer, Bob Greene (Alec Baldwin) endure a harrowing quest for survival in the treacherous Alaskan wilderness.

Staying at a remote backcountry lodge, accessible only by seaplane, they decide to fly upriver in search of a photogenic Indian grizzly hunter. Suddenly, a flock of birds slam head-on into their single engine bush plane, blasting through the windshield and blinding the pilot.

The badly damaged aircraft careens violently out of control. Shearing off a pontoon, and just missing a mountain peak, the doomed plane plunges into the icy waters of an isolated lake.

The pilot is dead but three others narrowly survive, gasping their way to the surface. As the movie unfolds, surviving the horrific crash, near starvation, snowstorms and bitter cold become mere inconveniences compared to eluding a vicious and cunning, man-eating grizzly (brilliantly played by Bart the Bear).

If you haven’t seen the movie, I highly recommend it. I won’t ruin it by revealing who dies, who lives and the fate of ‘ole Bart. But I will describe one powerfully written, wonderfully acted scene.

The message it conveys is a compelling illustration of the power of fear to classify, intensify and define what we make of our lives. The riveting sequence is not only a great example of how to overcome fear, it illustrates how to excel in the face of fear.

We’re halfway into the movie. Frigid weather, starvation, exhaustion and bear attacks have taken their toll. Green is a beaten man, resigned to the reality of starving to death or being eaten alive. He’s ready to give up, lies down and calls it game over.

Morse resolutely turns and looks at Green with icy fire in his piercing blue eyes. He calmly claims, “I’m going to kill the bear.”

Back and forth they go, repeating time and again with increasing amplitude and escalating force (and belief), “I’m going to kill the bear. What one man can do, another can do.”

“I’m going to kill the bear. WHAT ONE MAN CAN DO, ANOTHER CAN DO.”

What happens next? I won’t spoil it, but I will tell you that the two men are able to reprogram their minds. This unlocks their fear-induced paralysis and invigorates them to reach a level of focus, intensity, determination and grit few ever do.

This is more than simple courage. It’s bigger than that. It’s envisioning precisely how to accomplish a terrifying endeavor few would dare try.

Reprogramming your mind is not just the key to motivating yourself to do what you are afraid to do. It is the golden ticket to doing it magnificently (i.e., delivering an inspiring speech that concludes with a standing ovation).

Fear turns our minds into a theatre, with us on the stage. It’s negative visualization…a fast-moving nightmarish story that unfolds in your head. You are the star in a play with an unfortunate end. Fear is a mental shipwreck with you at the helm.

To harness the power of fear you must mentally rewrite the negative script in your mind. You, the central character, win. The speech is a hit. The beautiful blonde says yes! The unobtainable prospect signs the million-dollar contract. The badly needed investor writes the big check. And yes, YOU KILL THE BEAR.

“Cowards die many times before their deaths; the valiant never taste of death but once.”