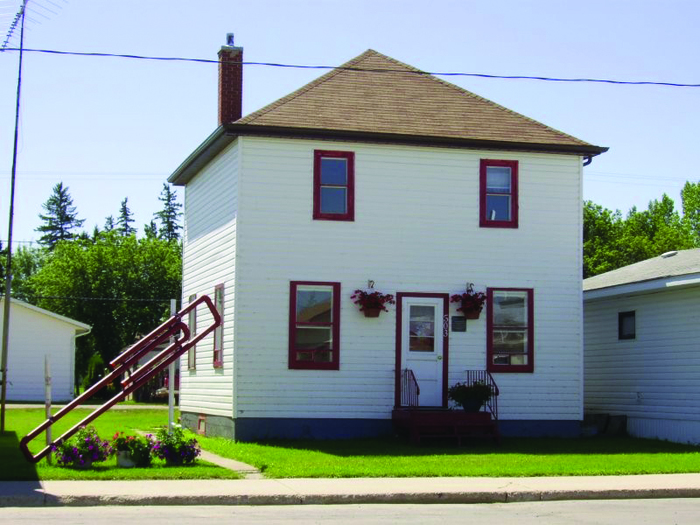 Kyle McDonald sat at his desk in Montreal, pondering. He wanted a house, but didn’t have much money or even a job.

Spotting a red paperclip on his desk, Kyle thought, “why not?” He posted an offer to trade the red paperclip on Craigslist. Two young ladies from Vancouver replied, offering a fish-shaped pen. As soon as he got the call, he thought, “wow, this is fun. People actually want to do this.”

A Seattle woman traded a funky doorknob with a face for the fish pen. A Massachusetts man had just the spot for that doorknob and offered his Coleman camping stove in trade. Bigger and better.

Kyle was having so much fun that he decided to create his own website, OneRedPaperclip.com, describing his goal to trade up to a house. He and his girlfriend, Dominique, pored through hundreds of emails and letters offering trades.

A Marine in California offered to trade a generator for the Coleman stove, which Kyle traded for a beer keg and neon Budweiser sign. After Kyle cleverly marketed the sign and keg as an “instant party,” a local deejay traded his Ski-Doo snowmobile. Bigger and better.

Kyle’s quest to trade up to a house snagged him an interview on Canadian TV, where he boldly announced that he would travel anywhere for the right trade, jokingly adding, “except Yahk, British Columbia, population 200.”

The next morning the phone rang. “Hi Kyle, my name’s Jeff. I’ll give you two all-expense paid trips to (you guessed it) Yahk, B.C. for the snowmobile.” Kyle ate his words and accepted. While in Yahk, he traded the extra trip for a small truck.

The truck was traded for a recording contract with a Canadian band, Metalworks, which Kyle then traded to a singer-songwriter named Jody for a year’s free rent in her Phoenix duplex.

While in Phoenix, Kyle met a woman named Leslie who offered him an afternoon with her boss for the year of free rent. That may not sound like a good trade, but Leslie’s boss was none other than rock legend Alice Cooper.

When Kyle posted the opportunity to hang out with Alice Cooper on his website, he was barraged with offers. He traded with a concert photographer from Cincinnati who offered a KISS snow globe.

Remember the actor, Corbin Bernsen, from the TV show L.A. Law?  Bernsen has the largest collection of snow globes in the world and really wanted Kyle’s KISS snow globe. He offered to trade a paid speaking role in the upcoming film, “Donna on Demand.”

The town of Kipling, Saskatchewan, population about 1,000, owned several homes and offered one in exchange for the film role. The town needed a boost and thought an American Idol-style audition for the speaking part would bring publicity to the town.

A little over a year after beginning his trades, Kyle headed to Saskatchewan to claim his new home. 3,500 people showed up for the housewarming party and to audition for the part. Corbin Bernsen, the two girls who traded the fish pen, and many of Kyle’s other traders, were there too. 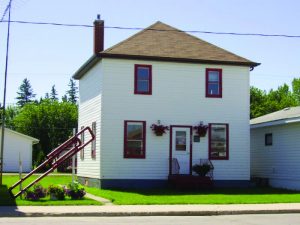 At the party, someone asked Kyle if he wished he still had that red paperclip. After all, it was historic. It was probably valuable now.

Kyle explained, “It wasn’t about the paperclip. If I hadn’t traded (it) away, I would just be a guy, sitting at his desk wondering what would happen if I did something with the paperclip. So, if you have a paperclip, trade it away. You might only get a fish pen, but it might lead to an amazing journey.”

Would You Buy A Home Without Seeing It?