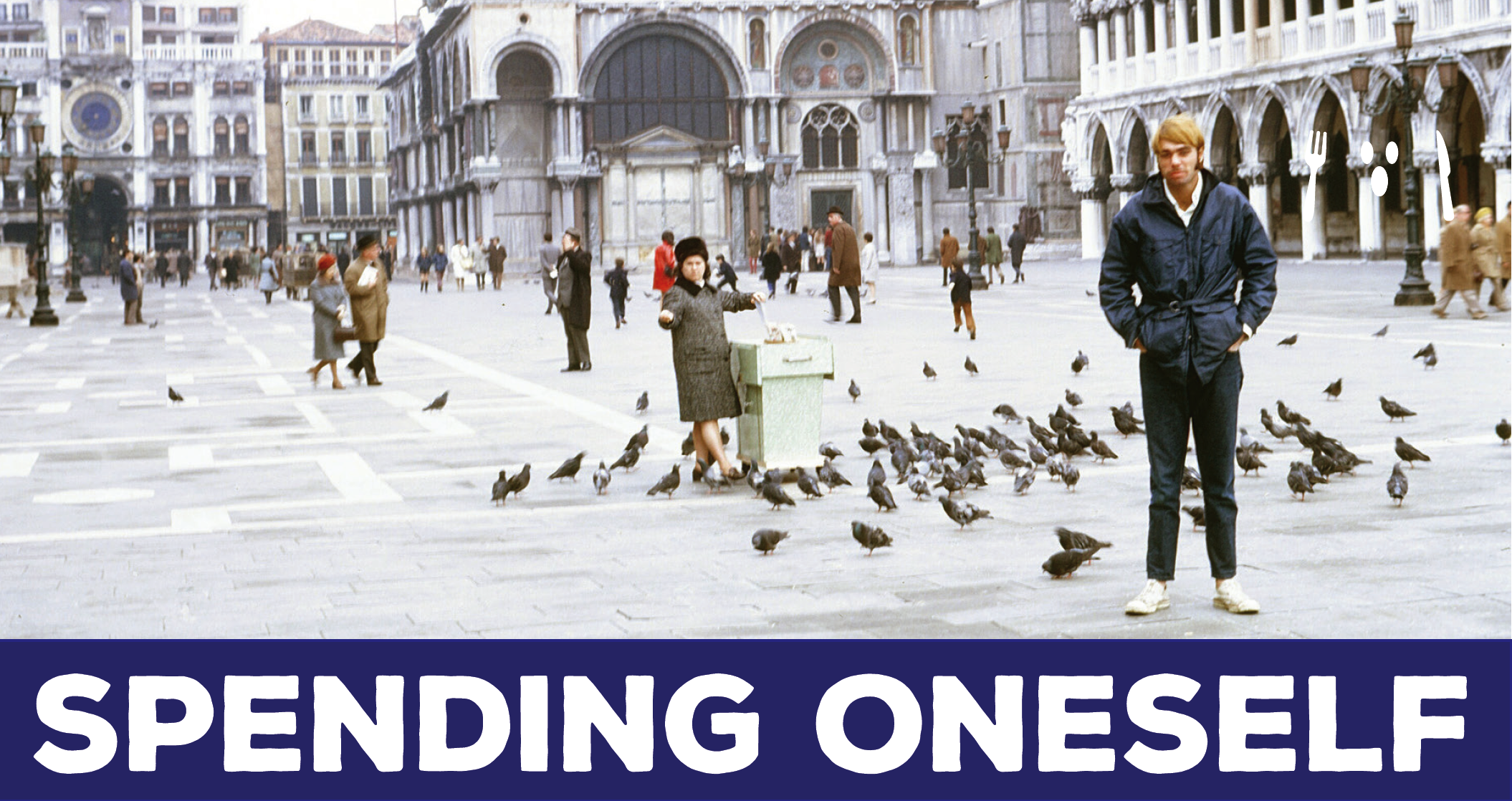 My friend Bob and I wanted to bum around Europe the following summer. Our parents said they would agree (reluctantly) if we “made great grades” and saved up at least half the money (they agreed to pay the other half).

Bob was a guitarist and I was a drummer, so we formed a band to make extra dough. That year we played events, parties, and talent shows to earn the money we’d need for the trip.

The big day arrived. We flew to London and decided that the cheapest way to get around was to buy a used car. We found a Humber.

We spent the next week driving around England before hopping a ferry across the English Channel, arriving (with car) at the port in France. After a couple of weeks driving around France and Germany, we headed down south to our final destination…

When we arrived in Nice, relaxing on one of the city’s notoriously pebbly beaches, we were approached by an attractive girl who seemed about our age. She seemed smitten with the fact that we were American and invited me to a party that evening.

When we arrived at the party I was dumbfounded. A massive mansion. Hundreds of people. Elegant, lavish decor. Turns out it was the home of the Mayor of Nice! Quite a night.

Two days later Bob and I parked the Humber at the airport, left the signed-off title in the glove box, and bid farewell to a memory that has stayed with me for life.

“Americans Have $1.7 Trillion to Burn in Revenge-Spending Binge.” -Bloomberg

“Make the most of revenge spending after a year inside.” -CNBC

“Avoid the retribution that comes from revenge spending.” -Seattle Times

It made me think of that trip long ago. Was it a form of youthful “revenge spending”? Was I showing my parents that I was finally self-sufficient and free? Was it about having an adventure after nine months of studying? Whatever it was, the money I spent, which was everything I had, was meaningless. It was about living.

History is replete with examples of spending big after sacrificing greatly.

But it wasn’t just “fun.” It was an era of social, cultural, and artistic dynamism. Business boomed. Jazz exploded onto the scene. Fashion was redefined. Art Deco hit its peak.

We had similar splurges in the 50s after WWII and the 90s after the Cold War.

There is a new book entitled Apollo’s Arrow: The Profound and Enduring Impact of Coronavirus on the Way We Live.

Christakis also says we should expect a period of “sexual licentiousness,” noting that a tidal wave of promiscuity often accompanies social and economic recovery because sexuality and indiscriminate spending go hand in hand.

Some will shake off the “quarantine blues” by spending big. Others will resist the urge, taking Dave Ramsey’s advice to scrimp, save, and become debt free.

Obviously, there is no right answer. It’s a personal choice.

Looking back at that trip, I’m glad I spent the money for the memory. The photo of me above (with the ridiculously bleached hair) is when I returned to Europe two years later. Both of those trips were worth a hundred times what they cost.

It’s the memories that made my life meaningful, and it took money to make them.  When I look back on my adventures, many were costly, but all were worth it. I did a lot, but I wish I’d done even more.

Should you indulge in post pandemic revenge spending or save for a rainy day? Only you can answer that question.

To help with your decision, consider this advice from French actress Sarah Bernhardt…

“It is by spending oneself that one becomes rich.”