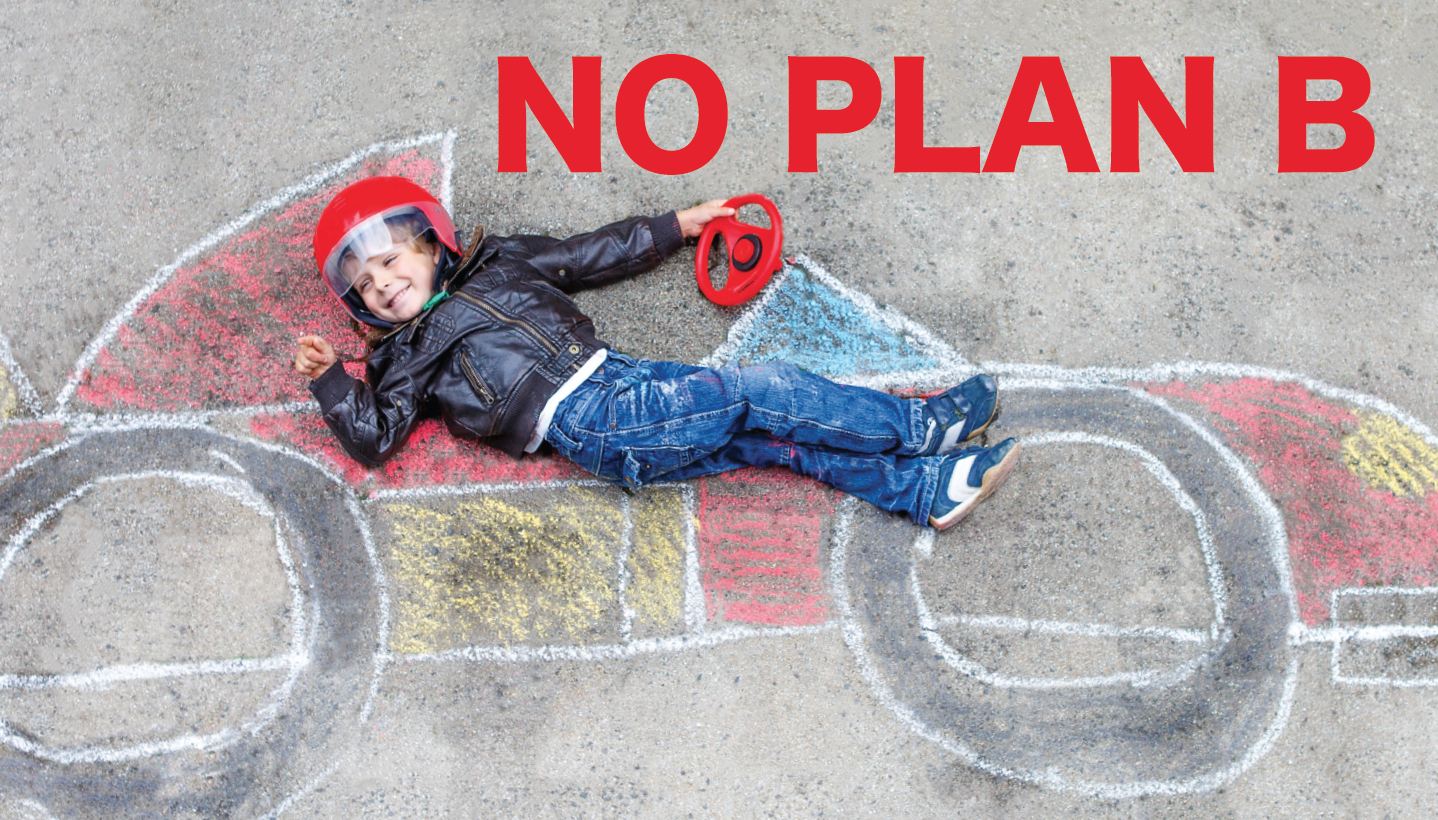 About ten years ago I had the honor to interview legendary race car driver, Mario Andretti. It was for a story in my book, How Fathers Change Lives.

Mario may be the greatest race car driver of all time. He is one of only two drivers in history to win races in Formula One, NASCAR, Indycar, and the World Sportscar Championship.  He is also the only driver to be awarded United States Driver of the Year in three different decades.

Mario’s story is a tale of passion, risk… and No Plan B.

After living 7 years in an Italian refugee camp, Mario and his family were granted visas to enter the U.S.  Filled with hope, leaving their meager belongings behind, they set sail for America aboard the Conte Biancamano.

On the morning of June 16, 1955, the boat pulled into New York Harbor. The Andretti family arrived with just $125 and spoke not a word of English. They traveled to Nazareth, Pennsylvania to live with Mario’s uncle.

Mario told me that a few days after arriving in Pennsylvania he and his twin brother, Aldo, were playing outside and heard the roar of car engines in the distance. “We looked at each other and BOOM, we bolted!” Mario recalls.

The boys discovered a racetrack less than a mile from their home. Every day they watched through holes in the fence, longing for the thrill, the speed. From that moment on, they had one focus – build their own car and start racing.

Fortunately, their Uncle Louie managed a Sunoco garage in the town. The twins went to work for him to learn about building and fixing cars, while scrimping and saving to build their own. They eventually bought and modified a 1948 Hudson Hornet Sportsman. They were ready to race.

But the legal age for obtaining a racing license was 21. They were still too young.

Mario recalls, “At the gas station, we made a lot of friends, one being Les Young, the editor of a local newspaper.  We pleaded, ‘Les, we need you to do a job on our licenses and fudge the dates to make us older.’ He worked his magic, and since there were no computers to check things back then, we started racing.”

When their dad (Gigi) discovered they were racing, he forbade it. They raced anyway.

When Mario’s brother was seriously injured he was warned not to race. He ignored it. They raced anyway.

When they lacked money for entry fees, tires or gas, they were urged to give up racing. They found ways to earn it… and raced anyway.

No matter the difficulty, Mario and his brother were committed to succeeding at racing. They never considered a Plan B. That, Mario told me, was the #1 key to their success.

My dad, Chubby, was much like Mario. He didn’t have a Plan B for anything, and he was successful at most everything. He just kept trying until he found a way.

Maybe the lesson is best expressed by Chris Gardner, who said:

“There is no plan B for your passion.”

THE MAN I ASPIRE TO BE

Fear Is Our Imagination It’s Really Not Real