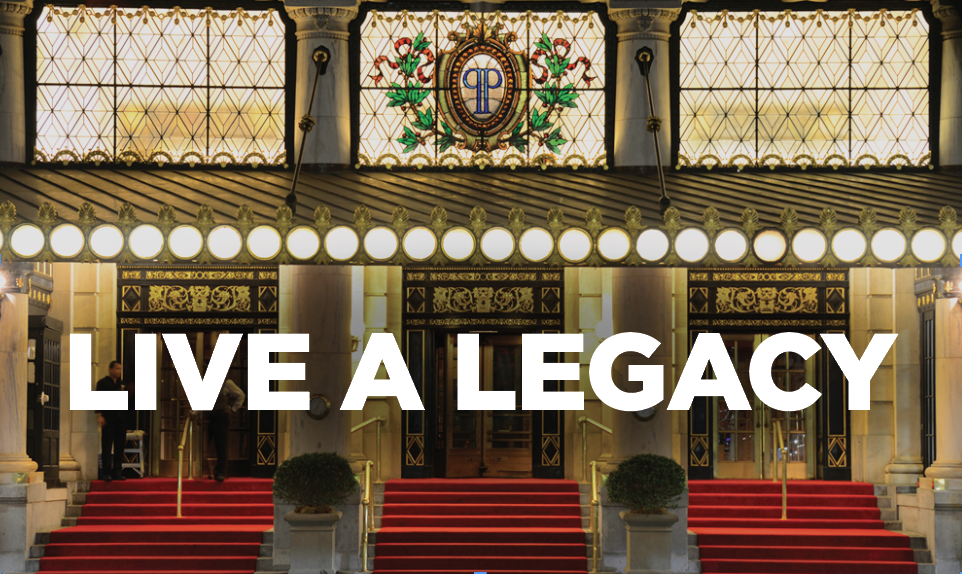 I don’t have to tell you where it’s located (because you already know).

Over the past 113 years it has earned a reputation as the crème de la crème of lavish accommodations.

When it opened in 1907, newspapers said it was the “greatest hotel in the world.”

But as the hotel’s popularity rose, its room rates did too.

F. Scott Fitzgerald included it in his iconic 1925 novel The Great Gatsby.

The Beatles stayed there on their first visit to the US in 1964.  The reservation was initially declined by the hotel manager fearing an uncontrollable ruckus, but when his 12 year daughter threw a fit, he relented.

Truman Capote hosted his ultra posh “Black and White Ball” in the Grand Ballroom in 1966.

An  infamous story took place during the Plaza’s construction. A security guard, Michael Butler, was beaten to death by union steel workers on the seventh floor. Since then guests have repeatedly reported haunting voices and mysterious apparitions in 7th floor hallways.

Will the Plaza ever reopen? I don’t know.  But if it doesn’t, some will say it’s a legacy lost.

I don’t see it that way. The Plaza is a legacy made, and everyone who contributed to that legacy over 113 years, from maid to butler to manager, should be proud.

Bill Gates would disagree with me.  He once said, “Legacy is a stupid thing.  I don’t want a legacy.”

If Gates is right, then what really is life? Should we not strive to leave a lasting imprint?

My father, Chubby, did so with me (and many others). He gave me the tools to live a fuller, richer life. He also prepared me to do the same for others, and I hope I am not letting him down.

I don’t know if there is an afterlife. But I do know I have the ability, and believe I have the responsibility, to make a positive, lasting impact on the lives and futures of others. In other words, to live a legacy.

Carl Sagan said, “We are like butterflies who flutter for a day and think it is forever.”

Want to matter more than a butterfly? Inspire. Teach. Build. Improve. Do today what will matter tomorrow.

“If you’re going to live, leave a legacy. Make a mark on the world that can’t be erased.”
–Maya Angelou

The New Smart is in the Heart

Want a Motel Next to Your Home?