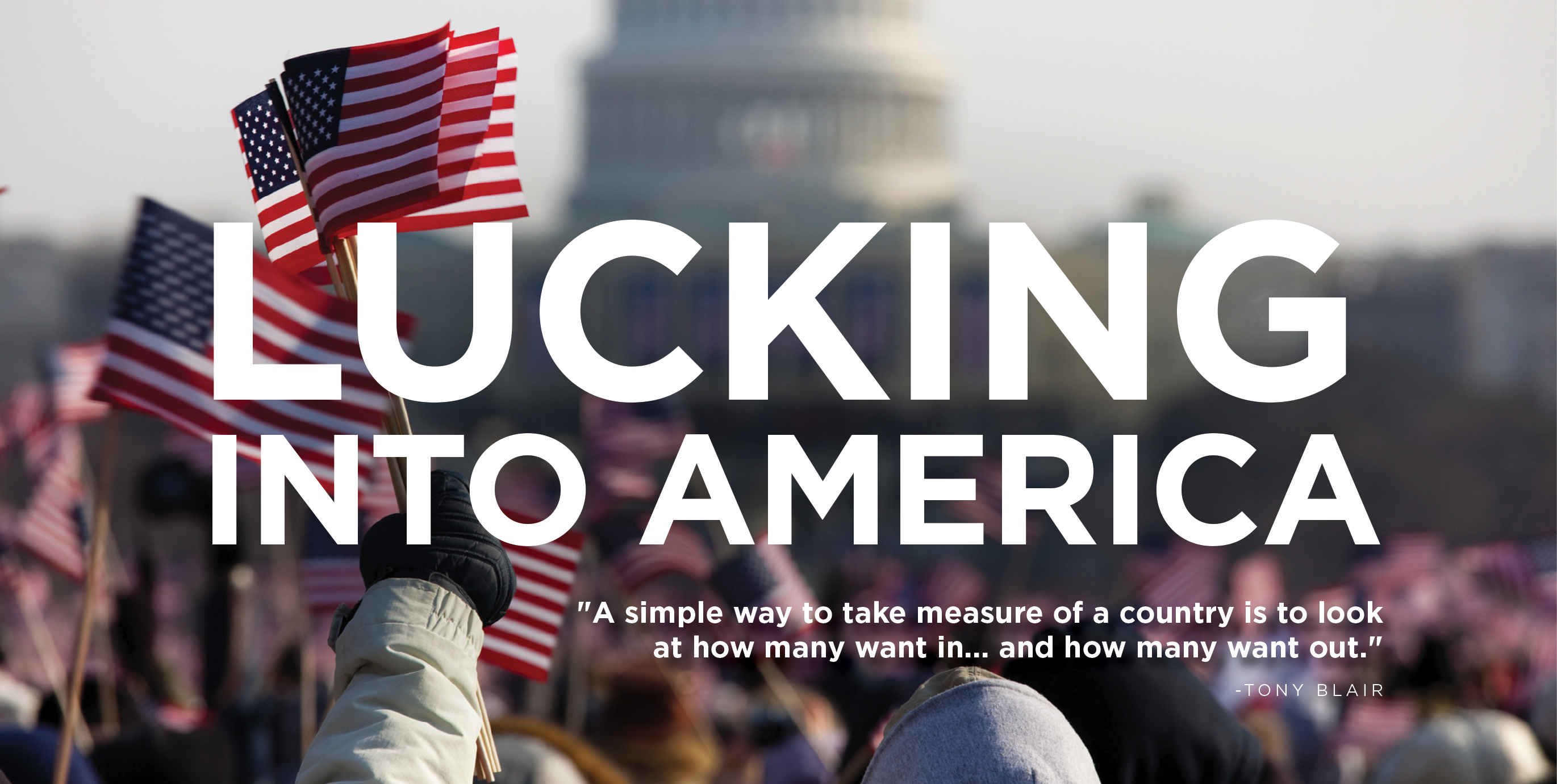 Have you ever thought that you’re lucky to be an American?

One of my best friends, Dave McLurg, recently became an American citizen.

While having dinner last week, Dave told me that taking the U.S. oath of allegiance was one of his proudest moments.

Born in Canada, Dave first visited the U.S. at age 10. While attending a professional baseball game at Tiger Stadium in Detroit, he was overwhelmed with emotion as everyone in the stadium stood, held hands, and together sang our National Anthem. When the song concluded, he decided to become an American.

Being American through the U.S. Citizenship Test

As dinner progressed, Dave told me about the U.S. citizenship test (he scored 100%). He said the civics portion is given verbally. To pass, you have to answer 6 of 10 questions correctly. They are drawn from a bank of 100 (Google “U.S. Citizenship test“).

I wondered, could I pass? So the next day I went online and answered all 100. I missed a few. Ugh! Embarrassing.

Get 6 right to pass, 9 right to watch fireworks on the 4th (28th Amendment to the U.S. Constitution). Miss more than one and you have to study that night.

I’ve traveled enough to know we have it good. But do I appreciate America the way I should? Probably not. It came easy for me, by birth.

Many, like Dave, dreamed about it, then worked hard to have it. I lucked into America.

Will The Real Estate Glass Get Cut In Half?